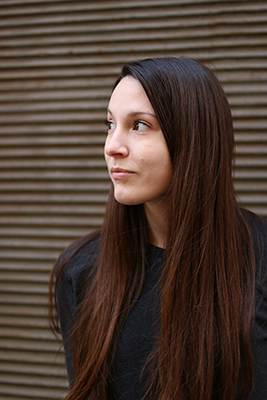 Hello, my name is Maja Dika and I’m a research and interaction designer,
currently living in Vienna.

I was born in Rijeka (hr) and raised in Vienna (at), where I went to a secondary school for graphic and communication design (die Graphische). The desire to make my work more conceptual led me to study at the University of the Arts Berlin. While visiting the classes of Kora Kimpel and Joachim Sauter, I got engaged in the field of speculative design. In my work I’m interested in researching new technology, future scenarios and their impact on society by working interdisciplinary with artists, designers, engineers and scientists, and trying to fulfill an educational role through my design projects.